Published on 1 September 2021 under Whiplash 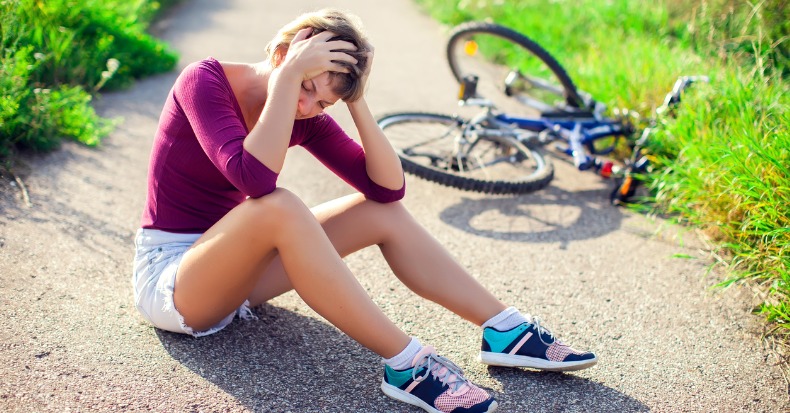 In the past decade, mild-traumatic brain injury (mTBI, or concussion) has been a major topic in the sports landscape. While most mTBI patients recover within a few weeks, some can experience ongoing issues, which can be described as post-concussive syndrome. Let’s look at what the current literature says about it and if chiropractic care may play a role in promoting recovery.

An April 2021 systematic review on the clinical prevalence, diagnostic methods, and treatment options for neck-related symptoms that occur during the acute and chronic stages following concussion concluded that the rate of symptom resolution is significantly reduced when neck symptoms are present following concussion. Because of the heterogeneity of the available data, the researchers were unable to find out how often neck symptoms are present during the acute stage of concussion, but their estimates show it can occur in up to 69% of cases, though the true number is likely lower. However, researchers were able to calculate that the risk for developing post-concussive symptoms (PPCS) increased between 2.58 times and 6.38 times in mTBI patients with neck pain in the acute stage! Additionally, the review found that the use of cervical manual therapies, which can be provided by a doctor of chiropractic, can benefit PPCS patients by reducing symptoms and speeding recovery.

Is there any further support for chiropractic care in managing PPCS? A December 2020 study used a multi-modal management approach in a group of three patients (two sports-related and one non-sports related concussion), and each within a different stage of recovery (acute, sub-acute, and chronic). Treatment plans were tailored individually and included patient education, sub-symptom threshold exercise, soft-tissue therapy, manipulative therapy, and visual/vestibular rehabilitation exercises. The study made three important observations: 1) the efficacy of three different multi-modal treatment plans based on suggested clinical profiles for patients with PCS (post-concussive symptoms); 2) that the delineation of concussion literature based on mechanism of injury (sport vs. non-sport) may be unnecessary; and 3) these cases provide encouraging evidence to support the use of manual therapists—such as chiropractors—as part of the multi-modal, interdisciplinary healthcare team.

As an interesting side note, the authors cited recent studies that reported cognitive rest until the point of symptom resolution—one of the most common treatment recommendations for concussed patients—may NOT be necessary. They also highlighted a systematic review that stated that complete rest for more than a few days was not supported by recent literature, and this was seconded by a statement from the American Medical Society for Sports Medicine. Also noteworthy, they discussed the use of anti-inflammatory nutritional supplementation, especially in the acute stage including omega-3 essential fatty acids, vitamin D3, and curcumin as well as limiting the intake of white sugar and processed meats.