A Connection Between Hip Pain and Limb Length

Published on 1 September 2021 under Joint Pain 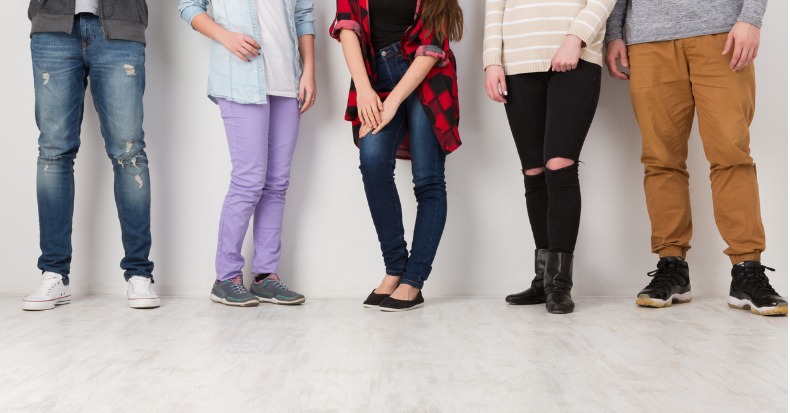 When it comes to the legs, most of us have probably never given any thought to whether they are equal in length and if not, what problems that may cause. In a 2019 systematic review, researchers found that only about 1 in 10 adults has lower limbs that are of equal length! Among the remaining 90% of adults, the difference in leg length is usually less than a centimeter (a little less than a half inch). Can such a small discrepancy be a problem and if so, what can be done to address it?

For years, most orthopedic surgeons and those researching leg length discrepancy (LLD) took the stance that any discrepancy in leg length less than 2 cm (2.4 cm = 1 inch) could be ignored and was irrelevant in terms of causing dysfunction.  A recent overview and narrative report by authors affiliated with the department of orthopedic surgery in New York City stated that discrepancies greater than 2 cm can alter biomechanics and loading patterns that lead to compensatory pelvic unleveling and concomitant scoliosis (to the short leg side) that if not corrected, can lead to permanent arthritic changes in the facet joints and disks in the lumbar spinal region. The review did not cover LLDs less than 2 cm, but studies are beginning to look into this and are concluding that even slight LLD can lead to long-term problems.

A 2017 systematic review identified a “significant relationship” between anatomic leg length discrepancy and gait deviation, especially with a greater than 1 cm LLD, with even greater impact observed as the discrepancy increases. Researchers found that compensatory changes occurred in both the long and short leg and throughout the lower limb with sagittal plane deviations to be the most common compensation (such as bending the long leg knee in attempt to equalize limb length). The review also noted that frontal plane compensations occur in the pelvis, hip, and foot in the presence of such a small LLD.

Another study identified leg length discrepancy as a significant and important risk factor that creates excessive abnormal mechanical joint loading, which can lead to premature osteoarthritis in the knee, hip, and lumbar spine. This study focused on “mild LLD” (less than 2 cm) and examined the accuracy of various methods used to measure LLD.

Doctors of chiropractic often assess leg length in patients, especially those presenting with knee, hip, and low back complaints. If LLD is identified, it can usually be corrected with the use of heel lifts, combined heel-sole lifts, and/or foot orthotics. The concept of balancing the spine and pelvis has been a tenant of chiropractic since its inception. As time and scientific studies evolve, the importance of LLD is now reaching other healthcare professions with collaborative efforts in researching its significance when managing and preventing neuromusculoskeletal conditions.