Published on 31 October 2021 under Back Pain 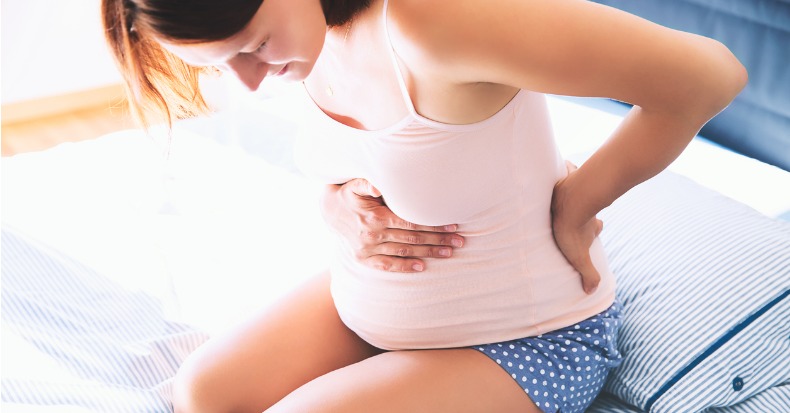 Low back pain (LBP) and pelvic girdle pain (PGP) are common complaints during pregnancy with some studies suggesting these conditions affect up to half of expecting mothers. In the postpartum period, it’s estimated that as many as one in-five women will continue to experience these forms of musculoskeletal pain up to three years following the birth of their child.

Typically, there isn’t one reason why an expectant mother develops LBP/PGP as there can be a number of contributing factors such as maternal weight gain, spinal biomechanical pregnancy-related changes, and abdominal muscle changes to accommodate the growing fetus. During pregnancy, the body also begins circulating a hormone called relaxin to relax the joints and ligaments in preparation for labor and delivery, which may be associated with an elevated risk for LBP/PGP.

While pregnancy and pregnancy-related LBP/PGP are very common, there is not a lot of published information on effective treatment options.  With respect to the use of chiropractic care, there are a few randomized controlled trials, but most of the published literature involves small trials and case studies.

A 2016 systematic review and meta-analysis looked at ten studies with a total of 1,198 pregnant women and reported that chiropractic care can be effective for reducing pain intensity in women with LBP/PGP, though the authors recommended additional studies with larger patient populations.

Typically, doctors of chiropractic utilize a multimodal approach when managing expecting moms that can include a combination of manual therapies like spinal manipulation, mobilization (non-thrust), massage, and stretch/muscle release techniques, along with exercise training, patient education (such as ergonomic and activity modifications), diet and nutritional counseling, and the use of stabilizing belts. To accommodate for the growing fetus, the doctor may modify the patient’s positioning during treatment or adjust the table so that the patient can lay comfortably in a prone position. The chiropractor may also opt for low-force adjusting techniques instead of the high-velocity, low-amplitude adjustment most commonly associated with chiropractic care.