Conditions That Can Be Mistaken for Carpal Tunnel Syndrome 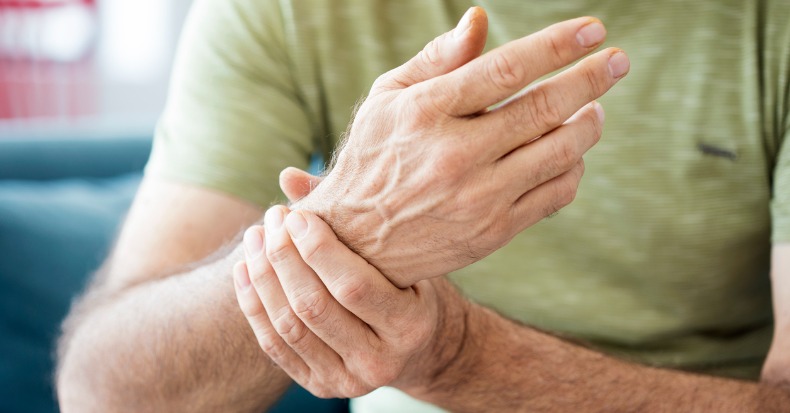 Carpal tunnel syndrome (CTS) is a potentially painful and disabling condition in which the mobility or function of the median nerve is restricted as it passes through the wrist. But the median nerve is not the only nerve that extends into the hand and entrapment of these other nerves can produce symptoms that may be mistaken for CTS.

ULNAR NERVE ENTRAPMENT: The ulnar nerve originates in the neck from the C8 and T1 nerve roots. Its most common entrapment site is the inner elbow (cubital tunnel syndrome) followed by the wrist (Guyon tunnel syndrome). Because the ulnar nerve innervates the pinky and outer half of the ring finger, that’s where numbness and tingling are felt. Less commonly, weakness of the grip, particularly the ring and pinky fingers can’t pinch a piece of paper (called positive Froment’s sign).

RADIAL NERVE ENTRAPMENT: The radial nerve arises from the C5-T1 nerve roots in the neck and innervates most of the back of the forearm and outer hand, and that is where numbness is felt. It also innervates the muscles involved in elbow and wrist extension, so if weakness is observed in these muscles, then it may suggest radial nerve entrapment. The radial nerve can be pinched in the axilla (arm pit) from a crutch that is used too long or improperly. Shoulder dislocations and fractures of the upper arm bone (the humerus) can also lead to radial nerve entrapment.

BRACHIAL PLEXUS INJURY: The brachial plexus is made up of a network of nerve fibers from C5-T1 nerve roots and ultimately give rise to ALL of the nerves that innervate the upper extremity. Although far less common, injuries here can affect any part of the arm. One such injury can occur due to a difficult vaginal birth, which over-stretches the neck and shoulder/arm and is called Erb’s Palsy. This results in an injury to the C5-6 roots causing the arm to hang limply and rotate inward with the wrist flexed. This position is known as the “waiter’s tip”. Although less common, difficult births can also injure the lower brachial plexus (C8-T1), which is called “Klumpke’s Palsy”, which caused the hand to take a fixed claw-like position.

As you may have observed, these various nerves each innervate different parts of the hand and fingers, which helps your doctor of chiropractic identify which nerve may be entrapped. Once this is established, they can administer tests along the course of the nerve to identify areas where nerve mobility or function may be restricted so they can formulate a treatment plan. To complicate matters, nerve entrapment can occur in multiple areas. Likewise, a patient can have entrapment neuropathies in two nerves simultaneously, which may require a more comprehensive approach to resolve the patient’s symptoms.

Doctors of chiropractic have extensive training in anatomy, physiology, and pathology and are clinically trained to differentiate, identify, and treat these various conditions. There are many non-surgical treatment options offered by your chiropractor to help you through the healing process.