Why Women May Be More at Risk for Knee Pain

Published on 2 January 2022 under Joint Pain 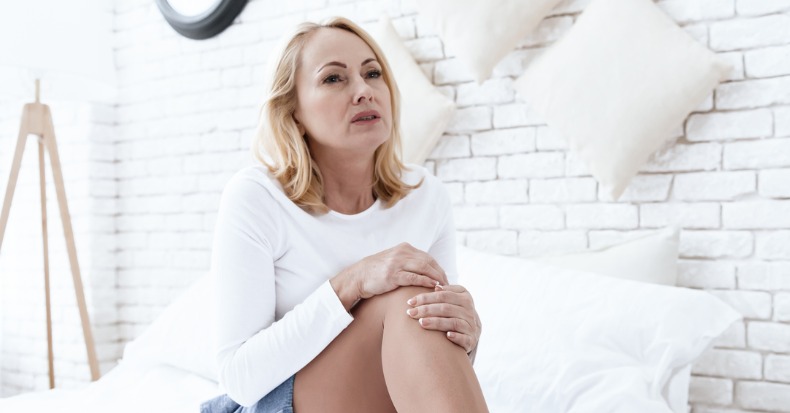 The anatomical and physiological differences between men and women are obvious in many ways. But one way that’s often overlooked is how these differences relate to knee-related injuries, of which women may be between two-to-eight times more at risk for than men.

When it comes to the lower extremities, an issue in the foot, ankle, knee, hip, or low back can cause one to move differently, which can cause biomechanical changes elsewhere along the kinetic chain. These alterations can place additional stress on the joints, which can lead to an elevated risk for injury. As such, a problem in the feet or in the hips can affect the knees.

Researchers have observed that differences in the anatomy of the feet of men and women can lead to variations in how loads are distributed in the foot, and these differences become more apparent at the onset of puberty. For example, female feet and ankles have greater joint mobility and ligament flexibility, which can increase the risk for ankle sprains. A woman’s arch will also flatten (pronate) more while walking, which can increase the risk for heel pain, tendonitis, bunions, calluses, and more. Additionally, footwear choices, such as high heels, can also alter the biomechanics of the foot, which can change normal joint motion elsewhere along the kinetic chain.

In addition to differences in the feet, the anatomy of the hip can differ between men and women. Generally, females have wider hips. This means the angle the femur makes from the hip to the knee is greater, which can place more stress on the knee. This can potentially elevate the risk for “genu valgus” (knocked-knee), which can give rise to ACL tears and patellofemoral (knee-cap) pain syndrome—both of which are more common in women than men.

While it’s not currently possible to easily alter one’s anatomy in the foot, hips, pelvis, or knees, it is possible to address musculoskeletal disorders in these various areas before they can lead to secondary injury elsewhere, which can include the knees. For example, some problems in the foot can be addressed with orthotics. Your doctor of chiropractic can also apply manual therapies and provide instruction on stretches to restore normal motion to the affected joints so abnormal pressure is not applied to the knees.